Saint Padarn Lodge is part of the UGLE Universities Scheme. As the only such lodge in mid- and west-Wales we are uniquely well positioned and equipped to handle membership enquiries and applications from Aberystwyth University students, faculty and staff. If you'd like to find out more, drop by our stand at the Freshers' Fair or get in touch using the form below.

Want to know more? Interested in joining? Just curious about our organisation? Join our email list to get occasional emails about open social events where you can meet and talk with Aberystwyth Freemasons.

The official web site for the Freemasons' Grand Charity states:

The values of Freemasonry are based on integrity, kindness, honesty and fairness. Freemasons are taught to practice charity and to care, not only for their own, but also for the community as a whole – both by charitable giving, and by voluntary efforts and works as individuals.
From its earliest days, Freemasonry has been concerned with the care of orphans, the sick and the aged. This work continues today. In addition, large sums are given to national and local charities.
Masonic charity is exercised at every level: individual Lodges make gifts and give aid to their own communities and every Province also gives large sums of money to regional causes.

(Further information about United Grand Lodge Charity can be found at https://www.ugle.org.uk/charity)

Saint Padarn Lodge has lived up to this precept and has given to many local Ceredigion Charities and good causes, including; 'Friends of Musicfest', the 'Showtime Singers', the 'Mid Wales Colorectal Cancer Fund', 'Ceredigion Blind Association', St John Cadets, Scouts and Sea Cadets. We have also given to young individuals to give them character building opportunities.
It should be stated that all the monies we donate come from ourselves, we do not ask the general public. We are the second largest Charity giver in the country (the National Lottery being the biggest). 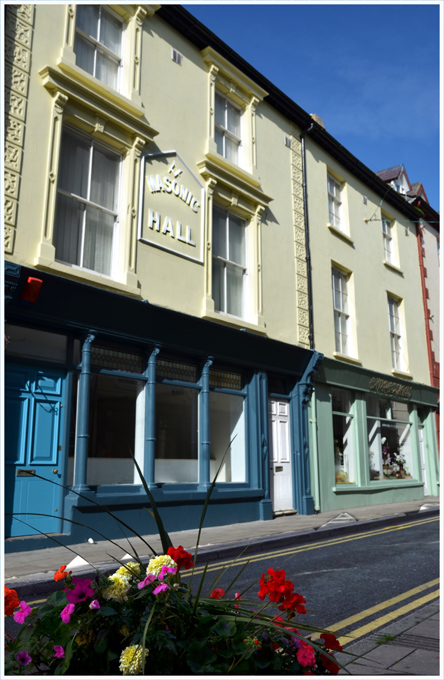